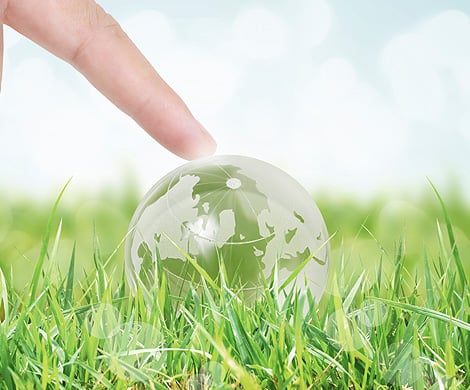 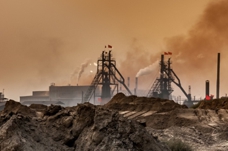 China Is Beating the US in the
Rare-Earths Game

HOW DID CHINA GET ON TOP?

How Did China Establish Its Global Monopoly?

Even the most transitory review of history shows that it was the misapplication of regulations that sparked China’s monopoly.  With this fact as a starting point, Molycorp was a most improbable solution because it was never a key player in the historical supply chain for the most critical technology resources: heavy rare earths.  Molycorp’s primary business was selling low value and abundant Lanthanum to W.R. Grace, to be used by the petroleum industry.

The critical resources, the rare earths with higher atomic numbers, came from many other suppliers.  In fact, rare earth resource production was never a problem for the U.S.  Most of our nation’s rare earth resources were, and continue to be, a byproduct of some other mined commodity.

Today the U.S. mining industry extracts rare earths at a rate equal to 85% of global demand.  Unfortunately these resources are intentionally discarded due to a misguided U.S. & international regulatory snafu that took hold in the 1980s when the Nuclear Regulatory Commission (NRC) and the International Atomic Energy Agency (IAEA) began to enforce regulations specific to the nuclear fuel industry across all areas of mining.

By misapplying these regulations the NRC effectively classified all of our nation’s historical heavy rare earth resources as “source material due to the companion element thorium.  Historical byproduct rare earth producers found it more expedient to discard these resources than face the regulatory and economic burdens of becoming a “source material” producer.

Without the flow of high-value heavy rare earths from the byproduct producers, China gained control over the flow of these critical materials.  Once in control, China instituted onerous export taxes on these heavy rare earth resources - thus restricting the competitiveness of non-Chinese producers of metallurgical and other value-added rare earth products.  As these U.S. (Japanese and French) rare earth value chain firms struggled to compete, China began a generous, state sponsored program of acquisition and relocation.

The Chinese government referred to this state sanctioned technology acquisition in the historical military context of “Treasure Hunting Ships". 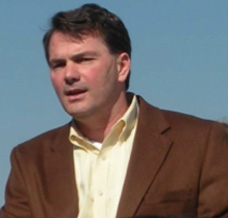 Learn about the link between Rare Earths and Thorium. Watch Video 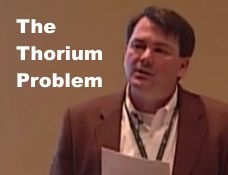 Why Rare Earths Define Our Future?

Rare earths are not just a defense issue.  The future of the U.S. economy is ultimately tied to the control and utilization of these materials.  China understands this and uses its monopoly as a geopolitical weapon to capture technology, industry, jobs.

Today China’s rare earth monopoly lends itself to direct and indirect control over $7 trillion in value added goods around the world.  This amounts to 10% of the global economy, but more specifically it represents the highest growth and widest margin businesses – a position traditionally controlled by the U.S., Germany and Japan.

Left unanswered, China will continue to strip technology companies and multinational defense contractors of their intellectual property and manufacturing as they are forced to move to China in order make sure they have access to critical rare earths.  This is resulting in an ever increasing level of control over the integration of ‘Western’ defense programs and the dwindling of national tax bases.

The U.S. has no place in a modern economy if we cannot lead with the most advanced products and green technologies, all based on advances in material science that are largely dependent on rare earths.

In short, China is on a path of global economic and technological hegemony.

Hasn’t Someone Fix This Problem By Now?

Molycorp, The Pentagon’s Shot In The Dark

From a resource standpoint this national security failure will soon be turning 20, but the Pentagon would have us believe that the spectacular Wall Street failure that was called Molycorp would have single handedly delivered the U.S. economy and defense industry from the grips of China’s rare earth monopoly.

The Pentagon’s fantasy went up in flames in short order.  Concurrent with Molycorp’s initial production, rare earth prices fell over 90%.  How the world’s largest strategic planning bureaucracy in the world, the Pentagon, failed to anticipate this possibility is beyond comprehension.

The company lasted less than 5 years from IPO to bankruptcy filing.  Over that short period it burned through over $3 billion in investor capital.

Regardless of the Pentagon’s failure to consider China’s monopoly position, a cursory review of the rare earth industry’s history would suggest that Molycorp was a poor candidate from the get-go.  Operating in the California desert, with high direct mining and environmental cost, 83% of its production historically sold at low margins or below cost.  From a strategic supply and capabilities standpoint it was a non-starter.  Despite Molycorp’s well documented incompatibility with National Security needs the Pentagon bet it all on this single project.

The improbable story goes something like this.  Sometime well before its 2010 IPO, Molycorp, a Denver-based mining company, convinced the Pentagon it would fulfill all of our national security needs relating to rare earth materials for major defense systems and our economy.  Molycorp had the backing of big Wall Street firms so the Pentagon entrusted our nation’s security to their solitary mine in the California desert.

In 2010 Molycorp became an IPO powerhouse and Wall Street darling.  Its market capitalization shot up past $7 billion.  Investors, trade journals and “market experts” were euphoric: fait accompli.  Fortunes were made.  The smart money moved on to the next deal.  The financial press announced mission accomplished and that the free markets won again…. the Pentagon agreed.

Today Molycorp is bankrupt—its facility rusting away into the sand.  The company, having burned through billions of dollars, never lived up to its promise of meeting our national security needs.

This epic fail has left the U.S. Defense Department more vulnerable than ever to the threat of supply interruptions for our most important materials, metals and system components.

The free-market victory was a sham.  From a National Security stand-point Molycorp’s geologic and technical capabilities were essentially worthless.  Molycorp’s domestic capabilities were limited to the production of low-value rare earth oxides which are useless to the defense industry or any advance technology industry.  In the end, Molycorp acquired all of its metallurgical capabilities from a company inside China, breaking their promise to develop a secure U.S. source of essential rare earth metals, alloys and magnets critical to U.S. defense contractors. The move ensured that the future procurement of all rare earth dependent weapons systems were effectively under Chinese control.

These issues were pointed out to DoD specialists and others, but all of the warnings and technical data were ignored. The Pentagon never accounted for any of these inconvenient facts in reports to Congress or the Administration.

Who Is Preventing A Solution?

Civilian officials inside the Pentagon and a handful of Congressmen and Senators continue to believe that one of the remaining 3 or 4 U.S. penny-stock rare earth companies will somehow finance their unlicensed and unpermitted mining operations (hundreds of millions of investor), develop a metallurgical value chain platform (requiring billions of investor dollars) that replicates China’s rare earth value chain that spans two enormous cities.  Of course this wishful thinking does not take into account China’s state directed monopoly (somehow ignoring the smoldering ash-heap bankruptcy called Molycorp and the many other bankrupt or technically bankrupt want-to-be rare earth enterprises).

This level of willful ‘make-believe thinking’ has no place in the grownup’s world.  Resolving this National Security threat requires adult thinking and constructing solutions that must be impervious to China’s monopoly pricing power at every level of the value chain.

Other members of Congress maintain the ‘simplistic’ positon that only ‘free market solutions’ are acceptable, again ignoring the economic reality of a State sponsored monopoly.

China’s state sponsored monopoly falls into the economic classification of a ‘market failure’.  The U.S. has a long and successful history of addressing these types of market failures with constructs like cooperatives.

Smart private sector investors are not going to put up billions of dollars to challenge a government sponsored monopoly that has demonstrated its willingness and ability to bankrupt competitors.   Again, this amounts to irresponsible daydreaming – and it needs to end.

What is the Solution ?

Why a Cooperative & Thorium Bank:  Any solution must be impervious to Chinese monopoly pricing power.  To achieve this the proposed legislative solution allows for the creation of two privately owned, funded and operated entities: one to accept the abundant and recoverable rare earth resources that are discarded each year and the other to accept and safely store the thorium.

• The first entity would be structured as a fully integrated rare earth value chain cooperative that would be funded and owned by multi-national technology corporations and produce the value added products its owners require.

• The second entity, the Thorium Bank, would allow for the thorium liability to pass from the many producers of rare earths (currently discarding the material to avoid liability), through the rare earth cooperative and into this long term storage facility.  This corporation would be funded and operated by investors interested in developing uses and markets for thorium, including energy.

This cooperative structure is necessary for a number of reasons: 1) rare earth oxides are useless to technology companies and the defense industry, 2) building a fully integrated value chain to upgrade rare earths  oxides in to useful products (metals, alloys, magnets, garnets, etc.) will cost billions of dollars, 3) the demand requirements for the defense industry or any single technology company are grossly imbalanced by the necessary capital cost to build out a fully integrated value chain, 4) China can price oxides or value added products below western production cost (by taking losses, as a modern U.S. facility could produce below China's current cost), 5) traditional investors do not invest money in losing enterprises so as long as China has monopoly power no 'smart money' is going to bet against China, 6) however, technology companies will invest to protect Intellectual Property.

The Thorium Bank is Paramount because it allows all of the primary rare earth resources, currently disposed of, to come from byproduct producers.  Since these byproduct rare earth producers make money on some other commodity (phosphate, titanium, iron, zirconium, etc.) they cannot be bankrupt by China.

The creation of the Thorium Bank is the most critical part of the solution, because no one will invest the necessary capital in a rare earth value chain if China can cut off suppliers.
Like Sematech Corporation (https://en.wikipedia.org/wiki/SEMATECH), created by Congress in the 1987 NDAA to assure a domestic supply of semiconductors, the cooperative and thorium bank require legislative authority to operate and function.